Confronting the Past: Why Talking Helps

Talking about the past is often hard, especially when one’s past is littered with pain and unpleasant memories. People often ask: “what good is it to sit around and dwell on the past when there’s nothing I can do to change it? Shouldn’t I just move on with my life?” It’s a legitimate question, and one that deserves an answer.

One common belief is that talking about “negative” events, such as past hurts, only serves to make matters worse. Some even go as far as to say that talking about these things actually causes more bad things to happen – i.e. the “law of attraction” (which is not a “law” at all, and has no scientific or empirical support).  The past, therefore, is something to avoid at all costs, according to proponents of this belief, which often manifests as platitudes and advice like “look on the bright side”, and “try to focus on what you want and not on what you don’t want”, and “look forward, not back”. Anyone in a state of suffering who has been on the receiving end of these comments knows how hurtful it is to hear, as if our pain can be magically brushed aside.

Another critique often levied against various forms of talk therapy is that talking about emotional pain is equivalent to “whining” or “complaining”, and is therefore counter-productive. Again, the alternative here is to dismiss our past hurts, as if they never happened, and focus on something more pleasant instead. But what is wrong with complaining? Aren’t some complaints legitimate? When an injustice has occurred or an offense has been committed or when an individual has been abused, neglected, or attacked, isn’t it perfectly reasonable to levy a complaint?

So what about the past? When is it, if ever, healthy or productive to talk about me 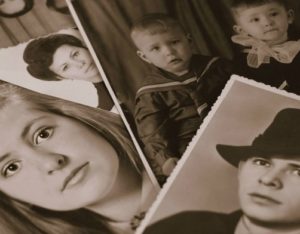 mories and events from the past? Is it really beneficial to only focus on the present or the future? Freud said that ignoring the uncomfortable past is ultimately harmful to us because our repressed, and therefore unexpressed, past hurts don’t just remain dormant; they fester below the surface and manifest in other unhealthy ways, such as anxiety, depression, and addiction. In other words, ignoring our unpleasant past and focusing only on the present doesn’t make the unpleasantness go away; it may in fact be a primary cause of the behaviors we come into therapy to address in the first place. Dismissing our legitimate suffering is the problem, not the solution.

Philosopher George Santayana said that “those who cannot remember the past are condemned to repeat it.” In Psychodynamic and modern psychoanalytic therapy, talking about our problems is precisely the mechanism by which we ensure that we don’t keep repeating old, toxic, unhelpful patterns of behavior. Talking, in a safe, confidential environment with a skilled psychotherapist, is what enables our hidden, unexpressed thoughts and feelings to slowly and gradually rise to the surface where they can be digested and recognized as something distinctly in the past, and not as something that must be mindlessly continued in the present and the future. We free ourselves from the shackles of the past not by ignoring it, but by talking about it.

In grief counseling, I help grievers confront and process the difficult emotions that arise when a loved one dies so that they can ultimately move forward and not get stuck in the past. Similarly, with behavioral problems like depression, anxiety, and addiction, talking about the past is the portal through which we can process our difficult events and histories, precisely because doing so means loosening their grip on our present and our future. Of course, we shouldn’t force anyone to talk about traumatic events from the past and risk re-traumatizing; on the contrary,  such sensitive and delicate matters are only discussed at the discretion of the individual, and at their pace, not the therapist’s. And sometimes this takes time.

es this mean that we should *only* talk about the past? Absolutely not! But we should ask ourselves honestly: is our focus on the present or the future a way to escape or avoid our uncomfortable past? Have we taken the time to reflect on and talk about our difficult experiences in the past, or have we brushed them aside in the hopes they’d simply go away? Because coming to grips with the past may be the very catalyst for being able to live more fully in the present, and for ensuring your difficult past does not become your future.

PrevPreviousThe Happiness Craze: What’s it all About?
NextTherapy: Clearing our Emotional DebrisNext
Scroll to Top